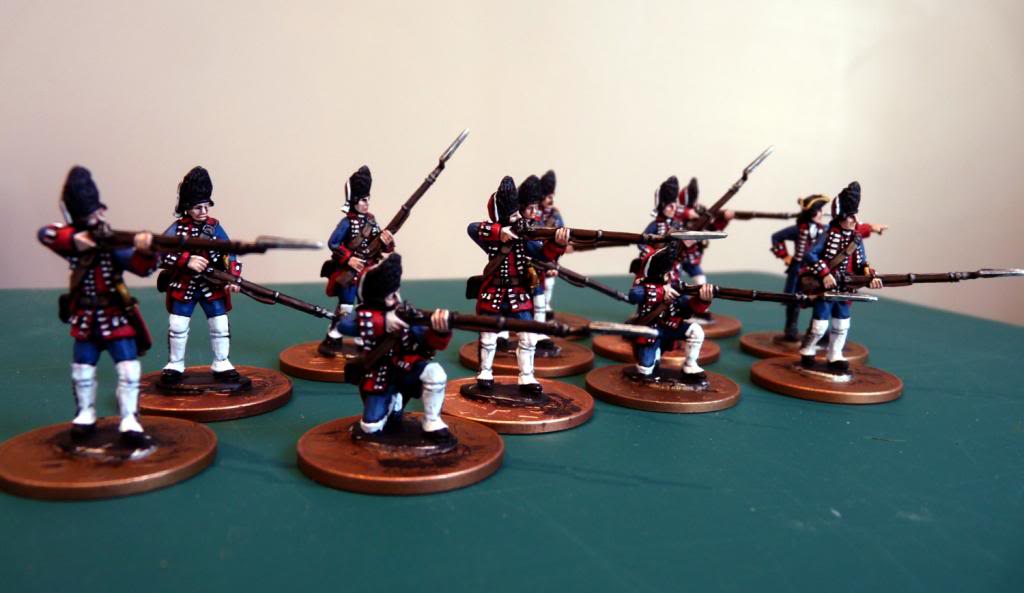 Further to my previous post on the development of this imagi-nation formation, since the Ayton weekend I have made some progress. I have continued to put off doing the main battalion (through laziness), so it was the light infantry next. The tremendous Minden Legion d’Hainault grenadiers chose themselves for this and I have kept the uniform blue and red in line with my plans for the Legion as a whole. Basing comes next of course, but I’ve run out of pre-mixed plaster so have posted anyway. I intend to add a complementary unit of Crann Tara Royal Ecossais advancing figures (purchased at Triples) as the uniform is very similar and I think they’ll work well together.

Eventually the Legion de Fleurie will muster the following:

I’ve thought about also having a battalion gun with the main infantry unit but for now I think the light field piece will do.

The first picture suffers for light a bit, but hopefully you get the gist.