They’re quite nice to paint, it’s just the very limited time I’ve had to devote to them. So now I’m halfway through the first unit, and at least the leader is done. I am working on the other 3, which will include a standard bearer and 2 figures with their spears held overarm. Then it’s the foot unit, then the other mounted bunch. There’s about 7 weeks until they’re needed, so you never know, I might get them done!

The leader’s shield is a pre-cursor to the eventual Medetian pale blue cross, which I thought would be more interesting as a winged beast in this period. At some point someone married someone, and the original red field became quartered red and black, as displayed by my later Medetian forces. Even when it’s fictional, it’s nice for the history to make sense! 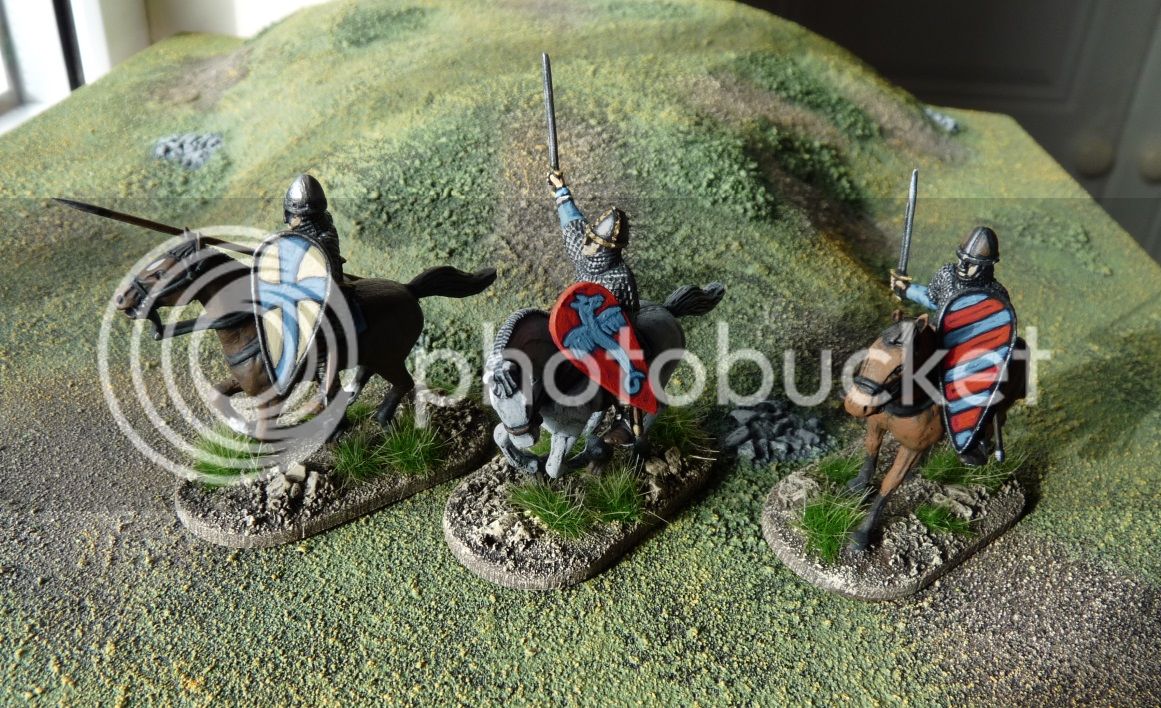 3 thoughts on “Some Progress on the Normans”