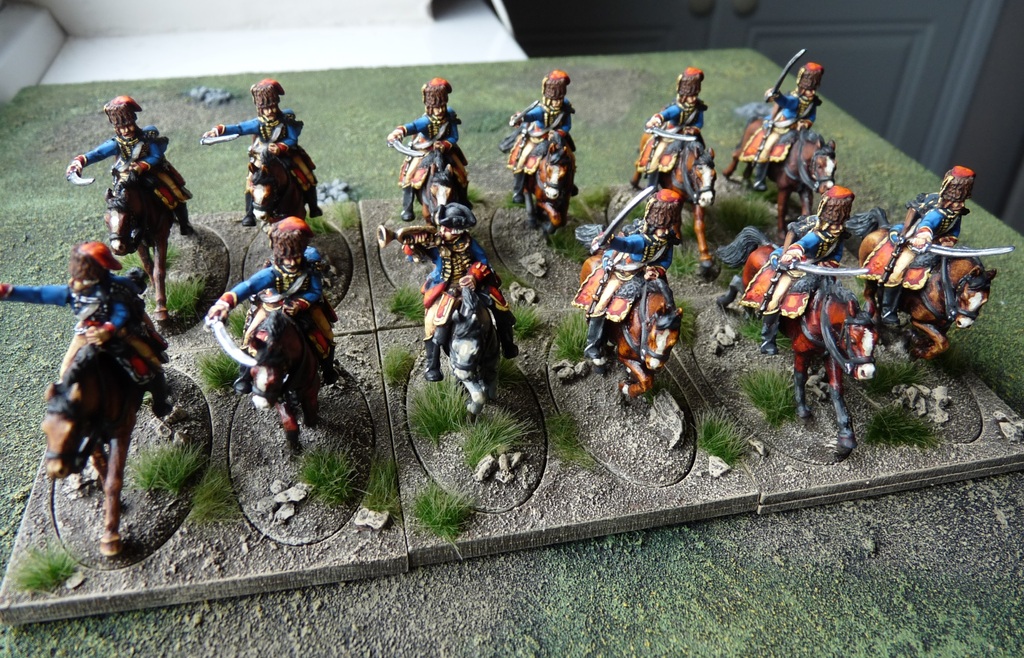 I’ve had these for several weeks but, to my shame, have only just finished the bases. They were a commission painted for me around Christmas time by the very talented Dave Jarvis who has contributed to some very highly regarded collections, most notably John Ray’s gorgeous 18th century armies.

The figures are Minden Miniatures Austrian Hussars, and they’ve been painted to represent the Hesse Kassel Hussars in the Seven Years War. I wanted a colourful unit that represented the best of this dashing troop type, and let’s face it – I wouldn’t have fancied painting them myself! I will use them for my imagi-nations of course, and they’ll see service in big games as well as Sharp Practice skirmishes (hence the basing style), and in both the 18th and 19th centuries. 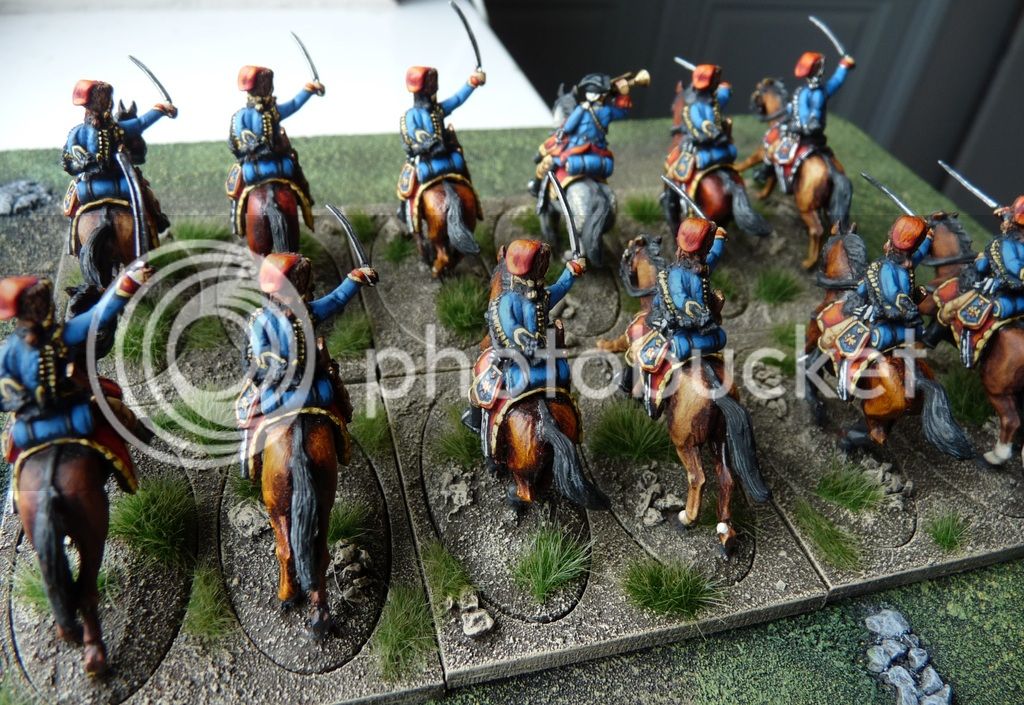 As you can imagine, I’m delighted with them and they’ll add a real touch of class to my growing forces. The detail work is amazing and the horses are done in the time-honoured paint/wash on, wipe off style. The trumpeter’s grey is particularly stunning, with the dapple painstakingly rendered.

Dave is, quite rightly, kept very busy by his regular clients, but hopefully there will be a slot for some painting for me sometime during 2015. I know what I’ll be sending to him as I already have the figures here ready! 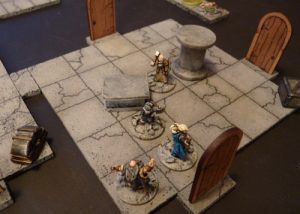