On came the raiding force, by boat from the south west and with wagons from the east. The militia sentry at the bridge stumbled sleepily from his guard hut, gave a cry of alarm and was promptly cut down as the Medetians raced over the bridge.

The landing by boat to the west of the town went reasonably smoothly, with only a couple of landlubbers falling into the water. From there, the Medetians went to work raiding the town for liquid loot and dealing decisively with the piecemeal town defences.

There was some tough fighting in places, especially once the Fleurian garrison officers got embroiled, but Captain Corleone’s men were generally able to retain the initiative. Simon kept his eye on the victory conditions and made sure he always held some men out of the fighting to secure the barrels of Marc as they were discovered, and load them on the wagons (and eventually the boats too). 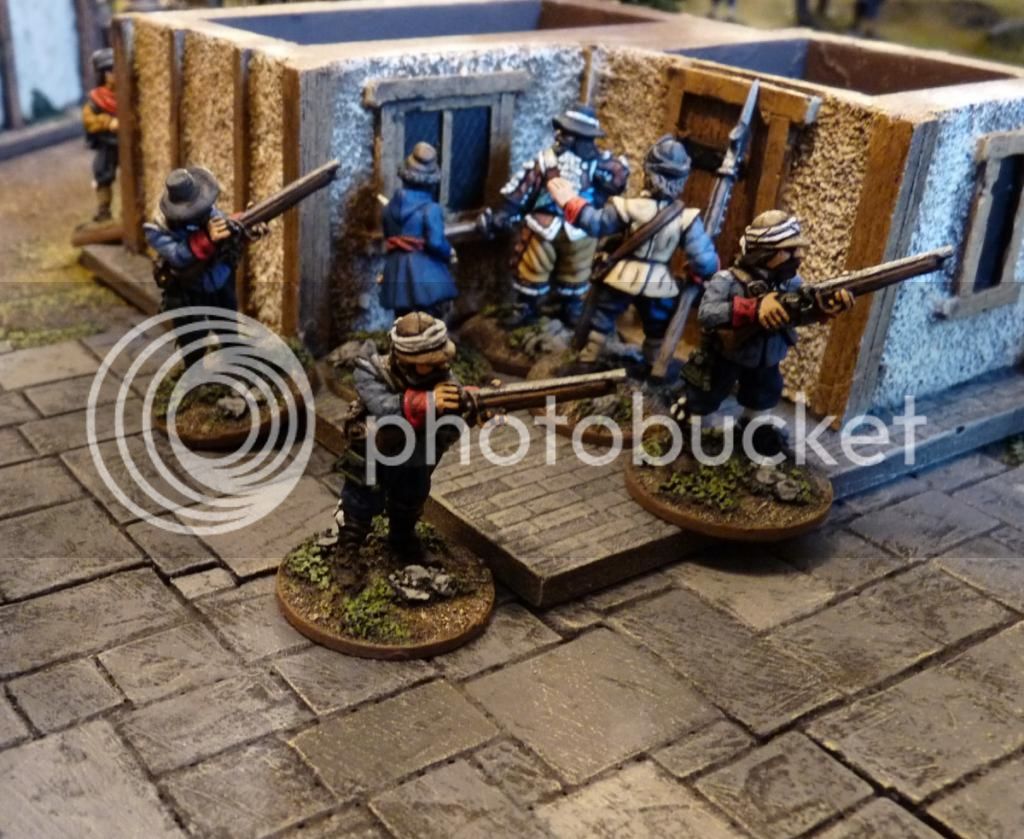 Some of the main highlights, events and fun bits:

When the dust and smoke had cleared, the Medetians had managed to make off with 28 points worth of the Marc de St Evian. With 25 points required for a win, Simon had succeed in his mission – and still had half his men left. A good result! It had been close though, one smashed wagon wheel would have been enough, but the dozy militia gunners missed too many shots at the departing wagons to stop one of them.

The game was a lot of fun, and as before the rules (GW’s Legends of the High Seas/Lord of the Rings) provided lots of cinematic moments and enough flavour to enjoy this swashbuckling period. Thanks go to Simon for his excellent company and the positive spirit with which he threw himself into the game.

2 thoughts on “The Raid on St Evian – The Action”