What better thing to do the night before Partizan than stay up late playing Frostgrave! Andy and Jase were staying over and we had a blast with a very entertaining and slightly chaotic 3 player game. 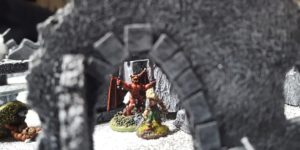 I think we had a Summoner, an Enchanter and a Chronomancer, but I could be wrong. Andy brought some of his recently painted (and very nice) figures, and we set to in a generic grab-the-treasure and generally-screw-the-opposition scenario. 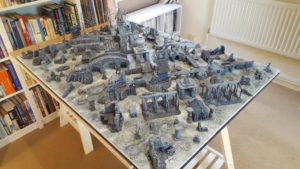 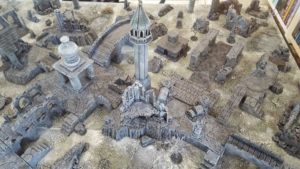 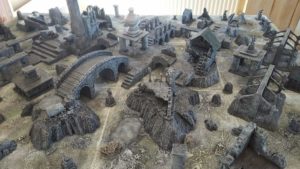 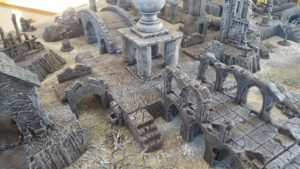 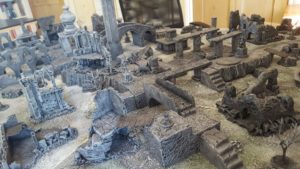 We played with a few preferred house rules borrowed from the wider Frostgrave player community (such as random encounters occurring on a 14+ when a treasure is first picked up). Somehow this resulted in a very enjoyable series of monsters appearing behind Andy’s warband! It was certainly a baptism of fire in his first game – a Giant Worm, a Bear and several Rats all decided they needed to pick on Andy. Me sending a summoned Greater demon towards him (his Barbarian was getting too close for comfort and, well, it seemed like a fun thing to do), and generally flinging Imps around the table was my contribution to the chaos. Jase concentrated on nicking most of the treasure and dishing out whatever punishment he could whenever he got the chance. 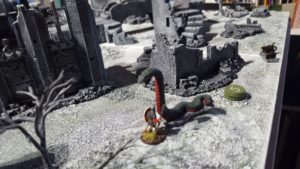 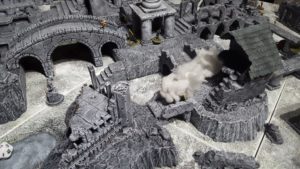 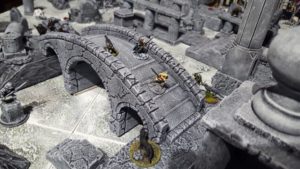 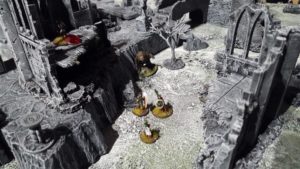 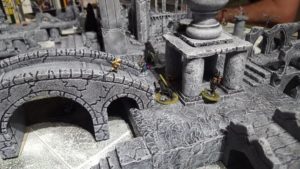 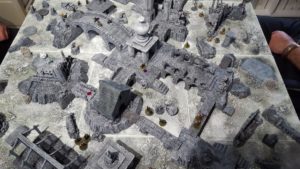 Lots of spells were cast, and nearly as many were mis-cast, causing a lot of injuries to wizards and apprentices. In the end everyone survived with modest casualties and got hold of some loot.

Hopefully we’ll get a chance to have a re-match with these warbands at some point in the future. It was great fun –  we wouldn’t have got to bed so late if we hadn’t spent so much time laughing.