With the Gripping Beast Arab infantry painted for the Ayton weekend I decided to use a few of the remaining figures for something else.

Plastic figures are fairly easy to convert (the drilling is easier for a start!) so I have produced 4 artillery crew for my planned foray into 19th century imagi-nations colonial gaming. I’ve equipped them with items from Minden/Crann Tara artillery packs, plus a powder keg and some cannon balls. 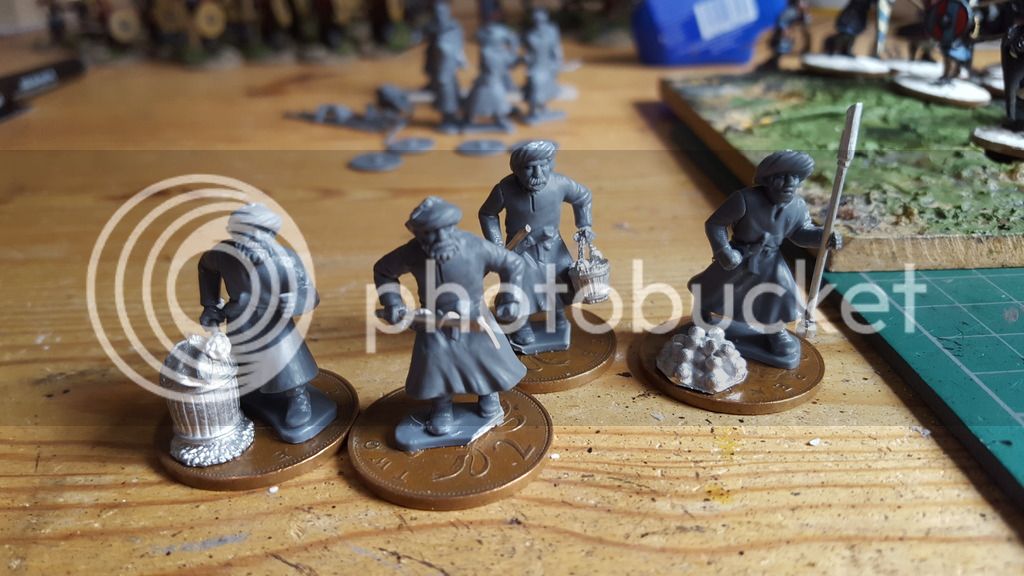 They’ll be painted to match the rest, nice and simple in black with white turbans.

The final 6 figures have been assembled as more bow/spear guys, which I’ll paint at the same time.

3 thoughts on “Some Arab Artillery Crew”