Following my last post, where I picked out a pair of 24 point forces for a trial game of Dragon Rampant, I’ve expanded things a bit and am now in the midst of a ’round robin’ type league of battles with 6 fantasy forces. Well, these things get the better of us don’t they?

To the Dwarves and Beastmen I have added further adversaries in the form of contingents based on GW’s Bretonnians, Orcs, Empire and Kislev. I have played 5 games so far and hope to try each army against each of the others. For now the Orcs, with their relatively large force of 7 units, top the table with 2 wins from 2. At the bottom are the Kislevites with 0 from 0.

Perhaps especially when playing solo, a lot comes down to luck of the dice, and I am not expecting (or would even want) to identify some sort of winning formula for the best force structure. For example – every time you think that missile troops are the answer, as they see off another attack before it hits home, they fail an activation and are chopped to bits. I really like the unpredictable nature of the game, there’s lots of dice rolling and even after a one-sided result you can just re-set the table and have another go – knowing that two games can never be remotely the same.

It’s fun just learning the rules, and trying to spot the nuances of how to play well with each troop type. I haven’t got there yet, that’s for sure, but am having plenty of fun. I’ve been moving the terrain around a bit after each game, but it’s basically 3’x3′ of undulating ground, with some trees, rocks and a lonely cottage to fight around.

Bretonnians about to charge into battle (repeatedly, as they should): 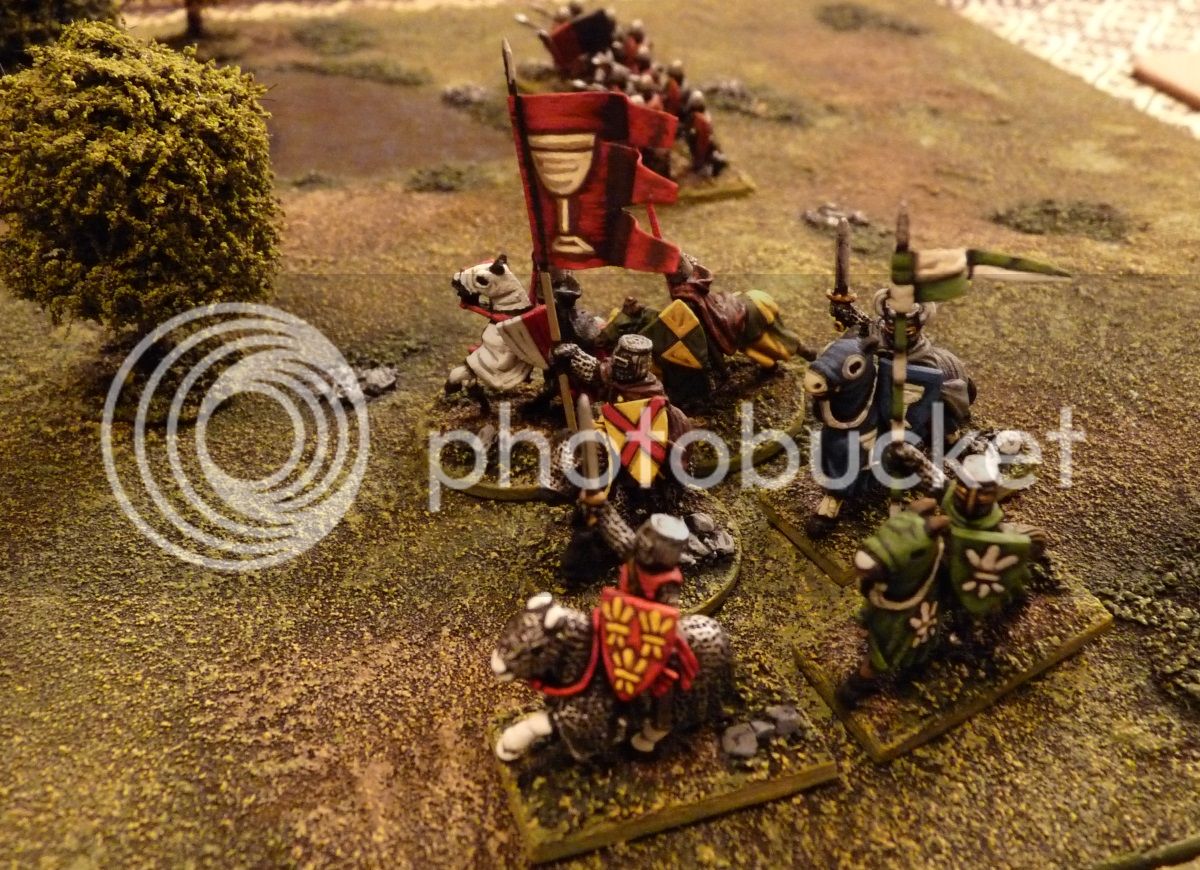 The Kislev leader, on his battle bear. Note to self, don’t put the leader in a unit of light horse (‘Light Riders’ in the game). Fail an Evade roll and his head is likely to be chopped off by angry pursuers. 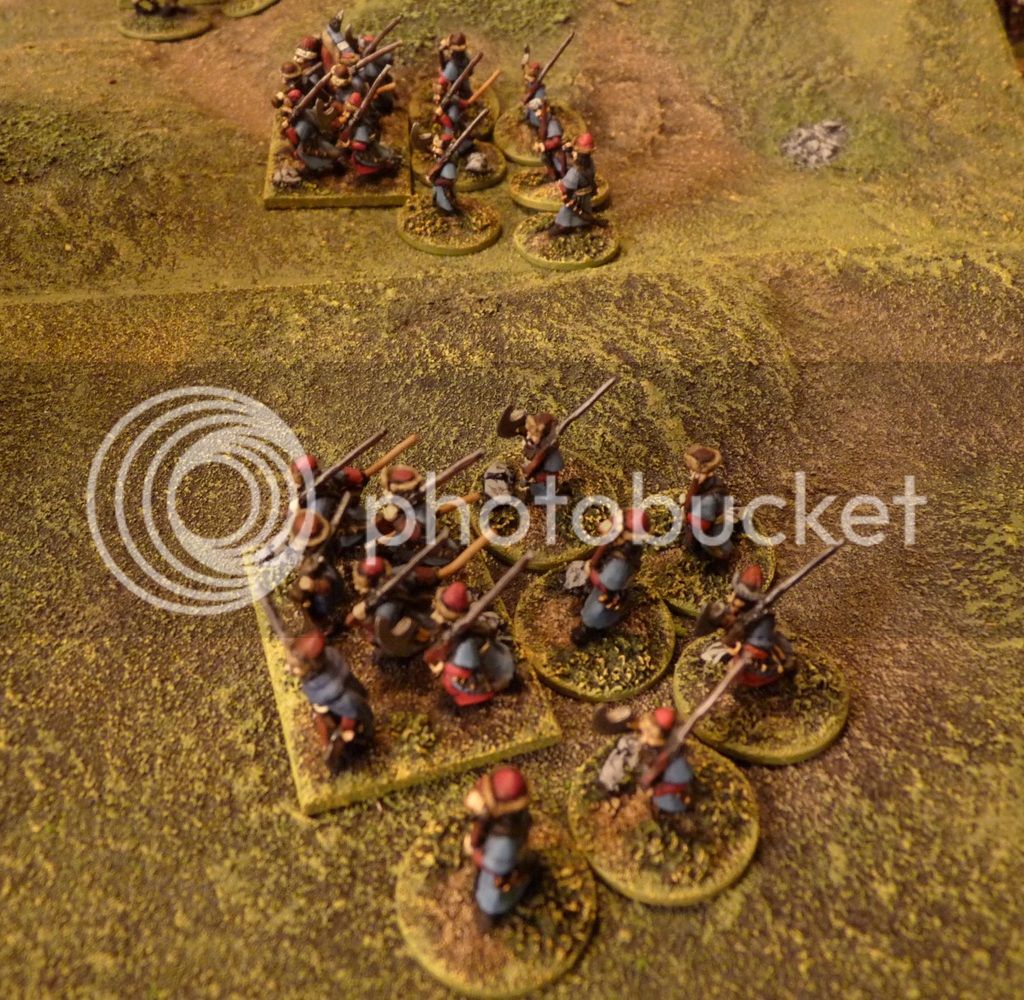 .. and a very useful furry friend: 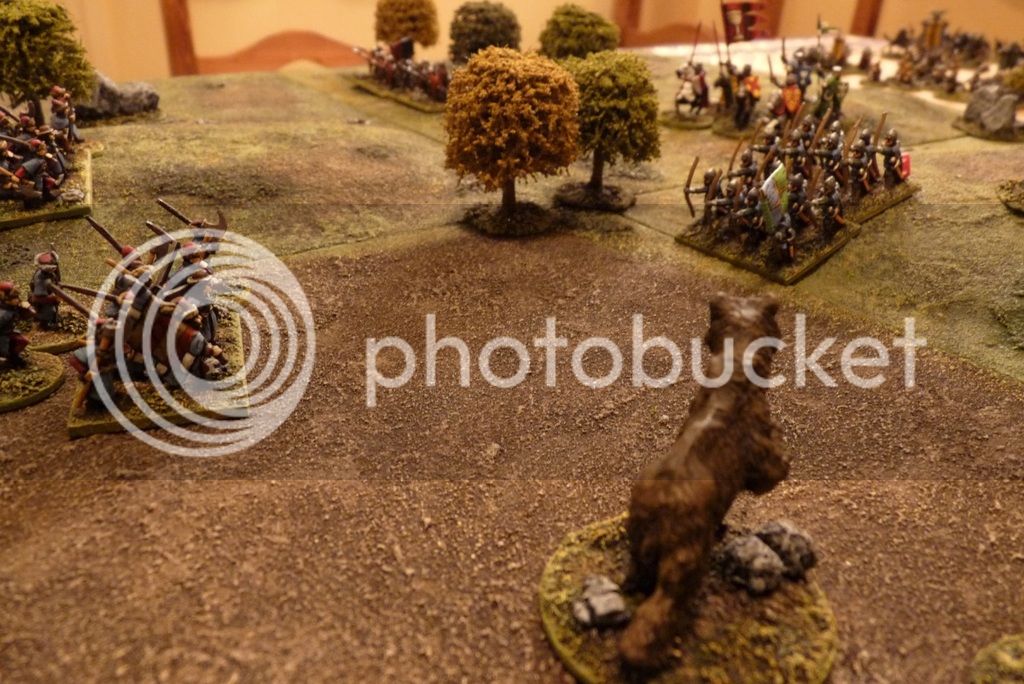 Somehow the Bretonnian Lord survived this one:

When I have played a few more games I’ll be adding in Quests and some of the magic and special rules. The only issue with this is that inevitably the costs for ‘upgrades’ will result in smaller forces, with some retinues struggling to keep to the minimum of 4 units!