There were farsands of ’em, but they still couldn’t win.

The other table on Saturday saw a massive clash as the Phetreaen rebels attacked at the Pass of Ishta, and the Convent defended by the savage nuns of the local order (don’t ask). Technically these rebels were my allies (although I doubt they’d have approved of our plans for a general take-over and massive canal project) so I was wishing them well, but a victory with heavy casualties wouldn’t go amiss..

Simon and Pete took charge of a LOT of natives, everything from Arabs to Zulus, and, well, charged forward – as you do. They even got to recycle dead units I think, and you’d think that would be enough. But no, they couldn’t quite break their opponents, or capture their objective buildings either. There was no shortage of effort though.

I didn’t spot the Lucozade bottle when I took the pics, sorry. 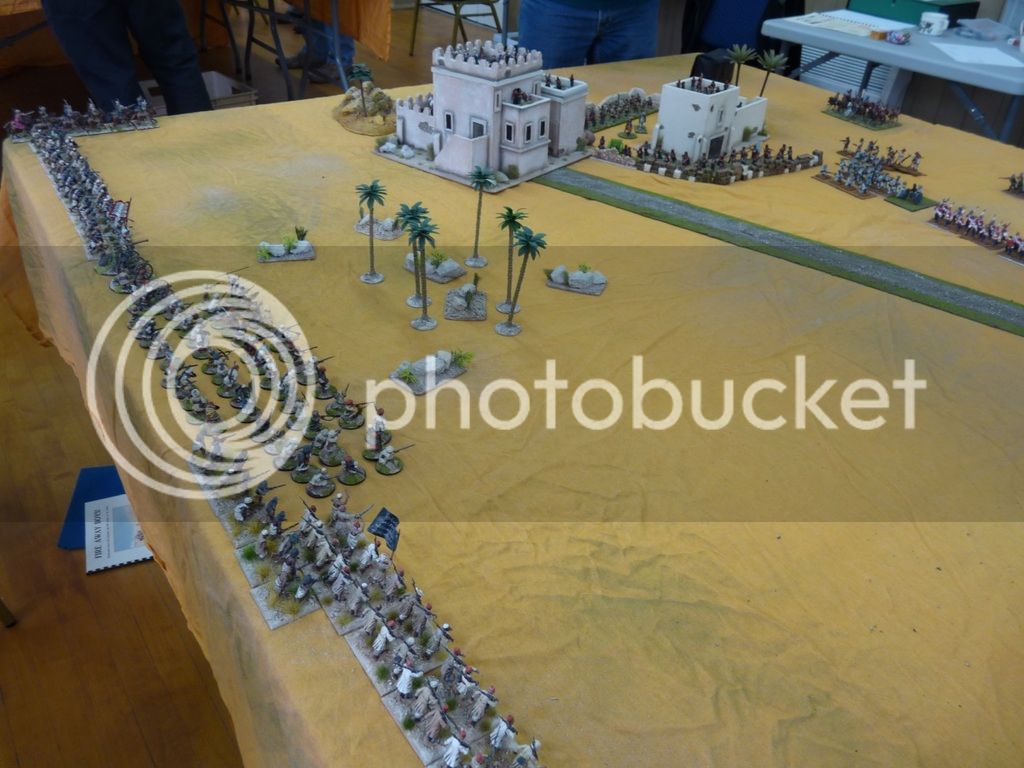 Gary provided a Zulu horde to bulk up the rebels: 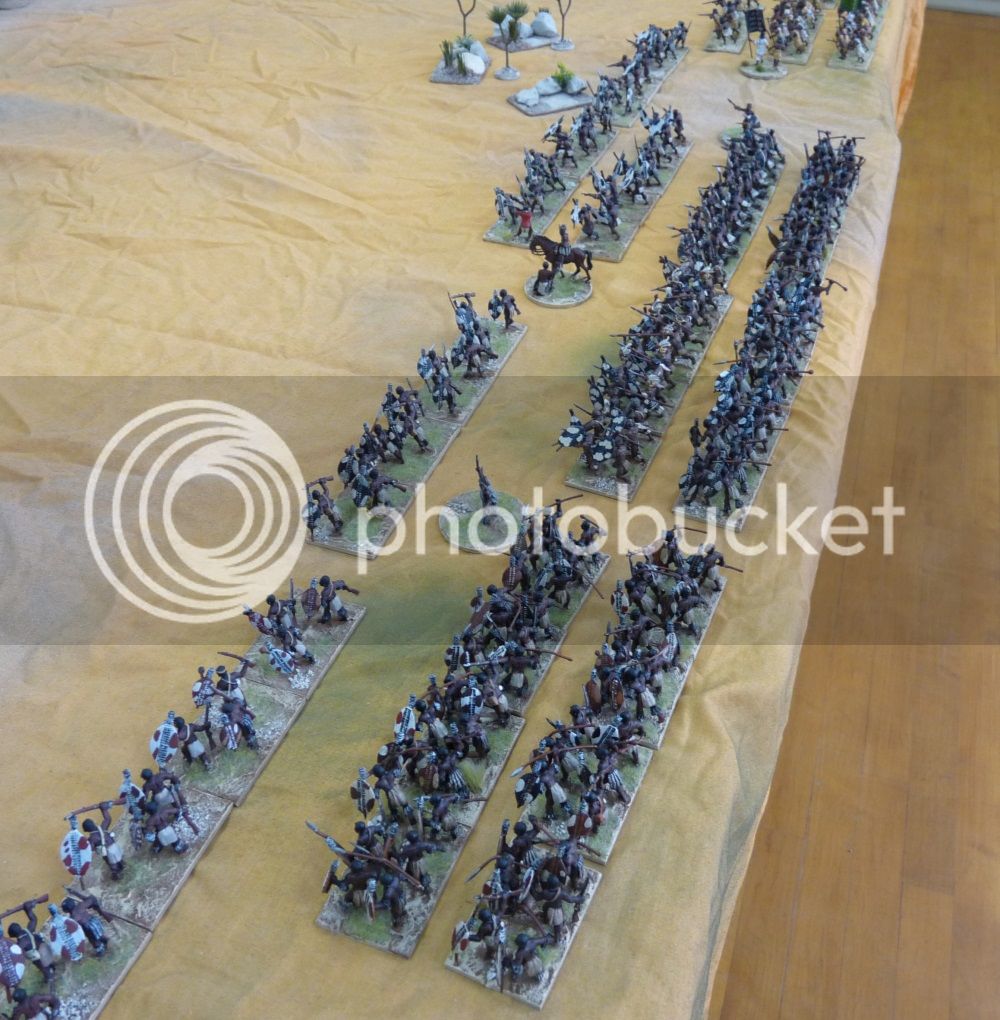 Simon tried repeatedly to capture the convent, scaling the walls each time and duking it out with the tough old dears inside, only to be chucked back out each time. Every time I wandered past looking for a cup of tea or a bit of cake, there they were, clinging to the outside of the building like a zombie horde, but the defences were just too tough.

It was a tremendous looking battle though..

Many Mexicans fought, and quite a lot died. But there was no huge massacre to repeat the scenes of two years ago. I guess the rebs didn’t have enough artillery for that!

Mexican horse artillery – are they leaving their mates to get slaughtered??

The Mexican lancers even reached the enemy this time – nice one Ken!

So, on two battlefields the combined forces of rebellion and capitalist imperialist oppression (that’s us) had failed. Oh well, it would all be settled at the capital on Sunday.

Alongside the two campaign-related games, there was also a fantastic 54mm ‘toy soldier’ ACW game put on by Tim H and Tim W. I popped over as often as I could to keep up with progress, but am ashamed to find I only took one picture, early on the first day. Sorry guys, it wasn’t through lack of appreciation.

The figure collections only came together this year I believe, yet there were very large Union and Confederate armies marching towards each other for a big clash. The variety of poses, and the overall sense of motion and activity in the figures, made it a wonderful spectacle and the players seemed to enjoy themselves immensely.