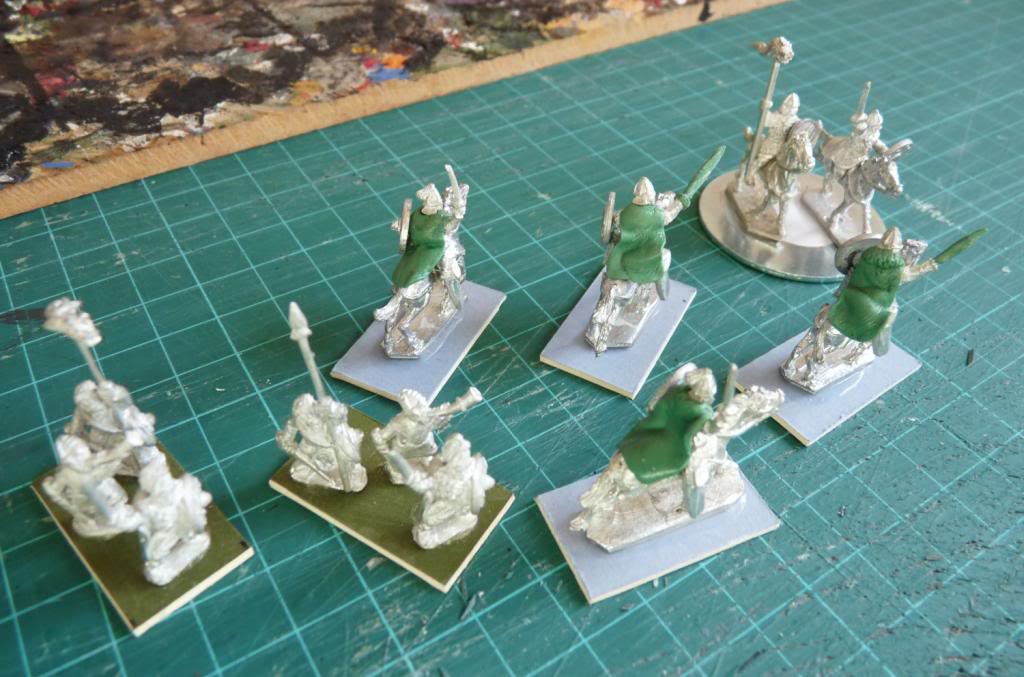 I recently fancied a dabble in a smaller scale, after all the 28mms I’ve been doing lately. I was given some very nice Khurasan 15mm Goth cavalry and command, and already had some Baueda Dark Age (Lombard?) foot command figures to go with them. These are intended as an extra command base, and some ‘heroes’ for my Goth army, which are inserted in the middle of a unit to provide some additional characterisation and battlefield punch when playing more ‘heroic’-style historical games. When I get round to certain future Armies of the Month this will make more sense!

In the meantime, while the Khurasan figures are very nice, the basic heavy cavalrymen lacked a bit of drama – specifically a lack of cloaks and some very short, insignificant looking swords. An upgrade was in order, so out came the green stuff for 4 cloaks and a couple of sword extensions. Much better. Quick pic below. I just need to squeeze them into the painting schedule somewhere now and they can join the army.

And that reminds me, after my earlier announcement, I’ve only got 5 days left to post January’s Army of the Month. Better get cracking on that!